I have a love/hate relationship with secrets. I’m fascinated by things unknown and unknowable. Who really built the pyramids? What 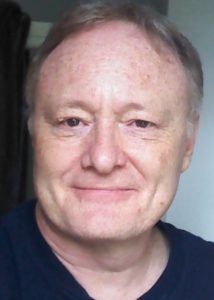 wiped out life on Mars? How can anyone take Glenn Beck seriously? I have to know. When deceptions and manipulations on the part of those who wield power do great harm to people, as they inevitably do, I get annoyed.

I find it frustrating when people allow themselves to be conned into believing the most elaborate lies. I’ve been focusing so far on 9/11 because I think the fallout from this “false flag” operation has been catastrophic for the world. Freedom and peace have been casualties along with a lot of good people. As long as Dick Cheney’s face continues to make me mad, I won’t get bored of writing about 9/11.

I have been a journalist in Montreal for 23 years (more than 30 years as of 2018), and have covered news and entertainment. I have won eight provincial and national weekly newspaper awards. I live quietly with my wife Tabitha and…wait, no, that’s Stephen King.

I hope you like Truth and Shadows. Whether you do or not, send me lots of comments and I’ll  be happy.