Prof. Graeme MacQueen, in his latest book, The 2001 Anthrax Deception: The Case for a Domestic Conspiracy, [1] sheds light on why most of us have all but forgotten the sensational “anthrax attacks.” They’ve been dropped down the memory hole as a touchstone to justify the “war on terror” because the “anthrax attacks” fraud fell apart.
In his tight (just 214 pages) but definitive account, MacQueen proves beyond doubt that the “anthrax attacks” were a false flag operation. Those who need to be persuaded need look no further than this overdue book.
The “anthrax attacks” were intended as a powerful evil twin of the 9/11 terror fraud. Taken together these ops were to be a one-two punch that would launch the “war on terror,” while simultaneously justifying the illegal invasions of Afghanistan and Iraq. The invasion of Afghanistan because allegedly Osama bin Laden directed 9/11 from a cave there. The invasion of Iraq because allegedly Iraq provided al-Qaeda with the anthrax.

But the wheels fell off of the anthrax wagon. MacQueen tracks the twists and turns of the official narrative to show how that happened.
This book, so long overdue, is also most contemporary. The “war on terror” now has been ramped up to the deadly and costly status of a permanent global “war,” a Manichean struggle between “the West” on one side and “the Islamic State” (IS) on the other. The “Islamic State” is a creation of “Western intelligence” serving the corporate militarists of “the West.”
MacQueen could not get deeply into this, since he had to keep his focus on the “anthrax attacks.” But the evidence obliged him to deal with 9/11 because they were twinned at the time. And he has the historical perspective that enables him to write:

…the documentary evidence […] when studied critically, raises serious questions not only about the FBI’s account of the anthrax attacks but also about the U.S. government’s account of what happened on September 11, 2001. Taken together, these sets of evidence erode the rationale for the Global War on Terror.

MacQueen is the founding director of the Centre for Peace Studies at McMaster University in Hamilton, Ontario, where he taught for 30 years. He’s a leader among the few academics who dare joust with the 800-pound Gorilla of Deception known as 9/11 – and its spinoffs. [2]
The 2001 Anthrax Deception shows how academically-sound evidence, marshaled in plain language in a rational framework, can be a counterforce against any deception.
And what a whack of deceptions MacQueen has to deal with. Take the intentions of the perpetrators, Cheney & Co. MacQueen invented the term the “Double Perpetrator hypothesis” to describe the intendedly clever deception.

The Double Perpetrator hypothesis had advantages over the simple al-Qaeda hypothesis. Spreading anthrax through mailed letters was a primitive and ineffective means of dispersing anthrax if the goal was multiple casualties. This crudity was reinforced by the text of the letters, with their misspellings and unidiomatic English. In the Double Perpetrator hypothesis these primitive elements could be laid at the feet of al-Qaeda, while the source of the sophisticated B. anthracis spores in the envelopes to the senators had to be a state, Iraq, which was known to have once possessed a stockpile of anthrax. A peculiar paradox was thus resolved. 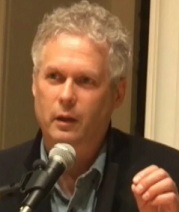 Adding to the credibility of MacQueen’s Double Perpetrator hypothesis is the fact that the twinning effort had already been launched by George Bush. “…on the day of 9/11 there were plenty of allusions to the possibility of a state sponsor of the attacks,” MacQueen writes. “The formal warning to state sponsors occurred at 8:30 p.m. on September 11 with Mr. Bush’s words: ‘We will make no distinction between the terrorists who committed these acts and those who harbor them.’”
Then, addressing a joint session of the 107th Congress on September 20, Bush said: “From this day forward, any nation that continues to harbor or support terrorism will be regarded by the United States as a hostile regime.”
MacQueen notes that “what Bush said formally, many others said crudely. Neoconservative Charles Krauthammer explained on September 28 that the war against terrorism was not about chasing Osama bin Laden or other terrorists. The war was about getting rid of regimes.”
This theme was echoed by columnist George Will. He wrote that the choice to be given to state sponsors of terrorism was “reform or extinction.” Both Krauthammer and Will “spoke openly about Iraq as a target.”
But it was not just columnists’ opinions that were part of what MacQueen calls “a grand plan, not an opportunistic foray.” He writes:

Already in their surprisingly timely book, Germs: Biological Weapons and America’s Secret War, published in early October of 2001, Judith Miller and co-authors William Broad and Stephen Engelberg explained that Iraq might use a “surrogate, a terrorist group” to deliver a bioweapon to its target.

My wish is that MacQueen would be stating outright that Miller was clearly a CIA asset planted within the New York Times. She was subsequently disgraced when her 37-year career at the paper was terminated on November 9, 2005. This was, as I wrote in my book Towers of Deception, “six months after the Times found itself obliged to examine some of her work…” and found that 10 of 12 “flawed stories” on explosive issues had been written or co-written by Miller, including those infamously reporting that Iraq possessed weapons of mass destruction (WMDs). All of her journalism, I suggested in my book, bear the “hallmarks [of] extreme dependence on official sources, especially within the national security state apparatus, a dearth of supporting evidence for numerous assertions, and an ideological through-line in perfect sync with that of the White House, just as her … through-line on alleged WMDs in Iraq matched that of the White House.”
It will not surprise anyone reading The 2001 Anthrax Deception who is knowledgeably critical of the grotesque output of mainstream media (MSM) on issues of war, peace and “intelligence” that much of MacQueen’s book, perhaps a third of it, is devoted to MSM lies and propaganda. Without the almost blanket collusion of “news” outlets, the likes of Bush and Cheney would have been revealed as pathetic emperors with no clothing.
But the wheels fell off Cheney & Co.’s wagon when it became too widely known that the weaponized anthrax could only have come from one of the 15 sophisticated labs in the USA making this deadly stuff.
This is when the perps had to switch gears, change the narrative. “Suddenly,” MacQueen writes, “the White House began retreating not only from the Iraq hypothesis but also from the al-Qaeda hypothesis. Ari Fleischer, making an about-face, said on October 26 that, in the words of the Washington Post, ‘a skilled microbiologist and a small sophisticated lab would be capable of producing’ the Daschle anthrax.” (Thomas Daschle was an influential anthrax-targeted U.S. senator.)
This in turn cleared the way for the Plan B “lone wolf” theory, the eventual frame-up of Bruce Ivins, his almost-certainly-not “suicide” and the subsequent dispatch down the memory hole of the entire botched “anthrax attacks” illusion.
It turned out not to be much of a loss for the Machiavellian perps, however, because Cheney & Co. could go head and launch war on Afghanistan and Iraq as they intended all along without the aid of this substance-abusing false flag op. The monster 9/11 deception was alone enough to do the heavy lifting there.
The general brainwashing was easily accomplished through a surplus of media-megaphoned lies, propaganda and spin. These greased the skids for the illegal and bloody aggressions of the USA and its “allies,” including in the case of Afghanistan, Canada.
Perhaps my favourite chapter is eight, in which the author traces the origin and uses of the term “the unthinkable.” Numerous quotes from establishment figures and media pundits show that their use of the term serves radical right wing ideological fear-mongering purposes.
“Why does this matter?” MacQueen asks. “It matters because ‘the unthinkable’ is an expression that functioned to help launch a new conflict framework, the Global War on Terror.”
Part of chapter eight is devoted to a “simple word study” of the language of the infamous document entitled Rebuilding America’s Defenses, released in the year 2000 by the extreme pro-military right wing Project for the New American Century. MacQueen notes that although the term “security” occurs 94 times in the document, the term “Security Council” does not occur at all. Nor does the term “international law.” Keyword counts count, even when they’re zero.
MacQueen’s admirable critique of language leads me to a shortcoming, in my estimation, of The 2001 Anthrax Deception. This may be minor compared to the book’s strengths, but still is worth mentioning.
The author should in my view have drawn more attention throughout the text to the multitudinous and ongoing abuses of language by the perpetrators and the MSM, particularly their abuse of the word “attack” (as applied to 9/11 or the anthrax situation). Any conceivable attack – the word clearly denotes an assault from outside – is severely at odds with “a domestic conspiracy,” as the book’s title has it. The conspiracy of this book unmistakably is an inside phenomenon.  A feigned attack should never be called “an attack.” Period.
In fairness, MacQueen addresses the language issue at the outset, but only briefly and in part, and in my view mistakenly. At the end of the Introduction, under the sub-head “A Note on the Hijackers,” he explains:

The alleged hijackers of four planes on September 11, 2001 play an important role in the anthrax story and will be mentioned frequently. To avoid repeated use of the word “alleged” or annoyingly frequent scare quotes (“the hijackers’” I will capitalize the term: Hijackers.

This to me is an odd way to downplay the reality that the alleged hijackers never boarded any of the planes, as Elias Davidsson painstakingly proves in his book Hijacking America’s Mind on 9/11: Counterfeiting Evidence.
In other words, for a book such as The 2001 Anthrax Deception: The Case for a Domestic Conspiracy to be as effective a counterforce against deception as it can be, the language bombs of the perpetrators must be defused before they can explode. Each. And. Every. One.  Even within the pages of a dissenting academic activist’s book such as MacQueen’s.
The tools of word bomb dismantling include, besides a robust disquisition on the power of language, a plethora of synonyms such as alleged, supposed, claimed, asserted, made out to be, so-called, professed, purported, ostensible, putative, unproven, charged, declared, stated, contended, argued, maintained – and this is not a complete list.
Deployment of the many synonyms available plus quote marks would not, to me, be “annoyingly frequent” but rather refreshingly combative. They necessarily and importantly must be repeated. This is standard operating procedure required when de-fusing word bombs.
Notwithstanding my rant about language use, I fervently hope for more books from Graeme MacQueen. The world needs his assiduous research skills, his courageous tackling of the really big deceptions, his astute analyses and his clear thinking and writing. (Obviously, I don’t mean to attack him. 🙂 )