A massive and spectacular terrorist attack.
Civilians killed on American soil. Explosives planted to simulate an assault from an external enemy. American cities attacked, including Washington, D.C. Military targets hit. Civil aircraft hijacked. Wreckage planted. Evidence manufactured.
You might assume I’m talking about 9/11, the most devastating false flag “terror attack” in history. But I’m not. I’m talking about Operation Northwoods, which you will hear barely anything about in the mainstream media.
The plan was approved by the U.S. Joint Chiefs of Staff and presented to Secretary of Defense Robert McNamara on March 13, 1962 in a top secret memorandum. The idea of the plan was to launch a campaign of terror against American citizens to trick them into supporting an invasion of Cuba. The goal was to oust Castro just three years after he took power in a revolution. And were it not for Kennedy’s refusal, the operation would have gone ahead.
The memorandum makes it very clear that the purpose was to fabricate a fake threat:
“The desired resultant from the execution of this plan would be to place the United States in the position of suffering defensible grievances from a rash and irresponsible government of Cuba and to develop an international image of a Cuban threat to peace in the Western Hemisphere.”
I wonder if the person who composed the words, “from a rash and irresponsible government” had any awareness of the irony inherent in them.
As part of what they would claim was a “Communist Cuban terror campaign,” the Joint Chiefs wanted to murder civilians, blow up a plane painted to look like a civilian airliner, sink a military ship, sink a boat full of Cuban refugees, and even fake an attack on their own naval base in Guantanamo Bay. All blamed on Cuba. The memo even described the sinking of the military ship as a “Remember the Maine” incident, referring to the U.S.S. Maine, which exploded in Havana harbor in 1898 giving the U.S. “justification” for starting the Spanish-American War. 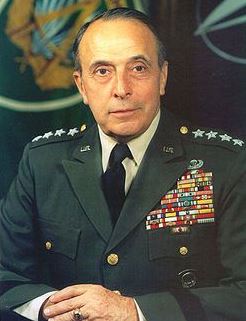 The thing about Operation Northwoods is that it’s not a theory, it’s a fact. The memorandum confirming this was declassified by order of the John F. Kennedy Assassination Records Review Board in 1997. They show that Joint Chiefs Chairman Lyman Lemnitzer proposed the plan and that all members of the Joint Chiefs had signed on. Kennedy’s refusal to give his approval further angered the military leadership, which still blamed him for the failure of the Bay of Pigs invasion the year before.
Most 9/11 truthers and other conspiracy aficionados already know about the plan. Some of them reading this right now are saying, “Yeah, yeah, we know this already.” Well, good for you; you go to the head of the class. But it’s not just truthers who need to know about this, it’s the whole world. And it is left to those of us who care about the truth to tell them.
Northwoods may be the most important piece of U.S. history that most Americans have never heard of because it shows us that the claim that 9/11 was a false flag pulled off by the U.S. government (and possibly other governments) isn’t the least bit far-fetched. Once you know about this operation, it becomes much harder to ridicule the idea of 9/11 as first and foremost a massive and deadly deception by a government against its own people.
In fact, the operation was virtually a dry run for 9/11 and eerily anticipated both the violence against domestic civilian targets we saw on Sept. 11, 2001, and the deception that led the world to believe that the “attack” had been carried out by America’s enemy du jour. Exit Communist Cuba, enter Islamic extremists. Both operations show that those in positions of military power were prepared to put on a spectacular show to achieve their anti-democratic objectives.
The plan even advocated having a U.S. military plane painted to look like a passenger airliner. The idea was that the plane would be shot down, with Castro being blamed for killing all the innocent passengers on board. But there wouldn’t be any real passengers on board. They would FAKE the whole thing. Sound familiar? Fake crash, fake wreckage?
As one reads excerpts from the declassified memo, one can’t help but think of the 9/11 “hijackings”:
It is possible to create an incident which will demonstrate convincingly that a Cuban aircraft has attacked and shot down a chartered civil airliner en route from the United States to Jamaica, Guatemala, Panama or Venezuela.  The destination would be chosen only to cause the flight plan route to cross Cuba. The passengers could be a group of college students off on a holiday or any grouping of persons with a common interest to support chartering a non-scheduled flight.

A duplicate aircraft substituted for the real one. Passengers with aliases evacuated.
And a military flight would be the subject of another staged “attack”:
On one such flight, a pre-briefed pilot would fly tail-end Charley at considerable interval between aircraft. While near the Cuban Island this pilot would broadcast that he had been jumped by MIGs and was going down. No other calls would be made. The pilot would then fly directly west at extremely low altitude and land at a secure base, an Eglin auxiliary. The aircraft would be met by the proper people, quickly stored and given a new tail number. The pilot, who had performed the mission under an alias, would resume his proper identity and return to his normal place of business. The pilot and aircraft would then have disappeared.
At precisely the same time that the aircraft was presumably shot down a submarine or small surface craft would disburse F-101 parts, parachute, etc., at approximately 15 to 20 miles off the Cuban coast and depart.  The pilots retuning to Homestead would have a true story as far as they knew.  Search ships and aircraft could be dispatched and parts of aircraft found. (p.11)
The pilot and plane would disappear. Wreckage would be planted.
Could anyone reading this still think it is outrageously far-fetched to suggest that 9/11 was a staged false flag “terror attack”? In fact, the scope of Operation Northwoods even surpasses 9/11 in many ways. Under Northwoods, the U.S. government would:

Mock funerals of “victims.”
The details of the operation were chronicled by investigative journalist James

Bamford in his 2002 book Body of Secrets. Bamford reveals the details of the campaign of terror and disinformation as well as the Joint Chiefs’ intention to impose “prolonged military control” over Cuba after Castro was overthrown. Bamford writes:
“People would be framed for bombings they did not commit; planes would be hijacked. Using phony evidence, all of it would be blamed on Castro, thus giving Lemnitzer and his cabal the excuse, as well as the public and international backing, they needed to launch their war.” (p. 82)
Bamford writes that the plan, or at least the general idea of the plan, was likely conceived by outgoing president Dwight D. Eisenhower, who Bamford says desperately wanted to invade Cuba before leaving office. In the absence of a good excuse for doing so, Eisenhower suggested “manufacturing” something that would achieve the same result.
“What he was proposing was a pretext—a bombing, an attack, an act of sabotage—carried out secretly against the United States by the United States.” (p. 83)
Bamford adds that Lemnitzer and the generals began to lose hope under the new Kennedy administration that they would get their chance to invade Cuba. They saw just one option.
“They would have to trick the American public and world opinion into hating Cuba so much that they would not only go along, but would insist, that he and the generals launch their war against Castro.” (p. 83)
The generals also seriously discussed the possibility that disaster might strike Mercury astronaut John Glenn in his bid to become the first American to orbit the earth. If Glenn died in an accident, they were prepared to fake evidence that the rocket had been sabotaged by the Cubans using some kind of radio interference. This element did not make it into the final proposal. (Body of Secrets, page 84)
When I am told that 9/11 could not have been a false flag because the U.S. government could never kill 3,000 of its own people, I cite Operations Northwoods. I will direct people to an article that explains the details (I hope others will use this article for that purpose) and why it is not a stretch that some of the elements of the plan could have been resurrected nearly 40 years later along with the willingness to implement such a plan. In fact, I did this just the other day with a friend who wanted to know what happened to the passengers of the four 9/11 flights. No word on whether he read the link I provided.
You might ask what reaction I’ve received from those who have looked into Northwoods on my recommendation. The answer is that I don’t know because no one has ever agreed to do this. In all the times I have suggested that friends or acquaintances read about the operation in the hope they will consider that false flags really do happen, not one has ever done so.
Some, I’m sure, just can’t be bothered. They were interested in a drive-by mocking and didn’t really want to have to read anything. But surely that can’t account for them all. I suspect that others don’t want to risk having to report back that this documented operation and 9/11 aren’t that dissimilar and that perhaps, just perhaps, I might be on to something.