By Craig McKee
Remember the notes that accompanied the anthrax deliveries right after 9/11? They said things like, “Allah is great!” “Death to Israel,” “Death to America!” and “9-11-01: This is next.”
In other words, THE MUSLIMS DID IT: the same ones who had so handily defeated the world’s greatest military machine on Sept. 11, 2001. And they did it because they hate us and our freedoms … the usual. They apparently really wanted to rub salt in the wounds of a traumatized America after the largest supposed terrorist attack ever on U.S. soil. And it worked; people were suitably freaked out.
The problem was that the Muslims didn’t carry out the anthrax attacks, which was later proven by the fact that the anthrax was highly weaponized and was manufactured at a U.S. military facility. The whole thing was later pinned on American scientist Bruce Edward Ivins after he had allegedly committed suicide. We also learned that Bush, Cheney and other key administration officials were put on the anthrax-preventing antibiotic Cipro in early September 2001, long before END_OF_DOCUMENT_TOKEN_TO_BE_REPLACED 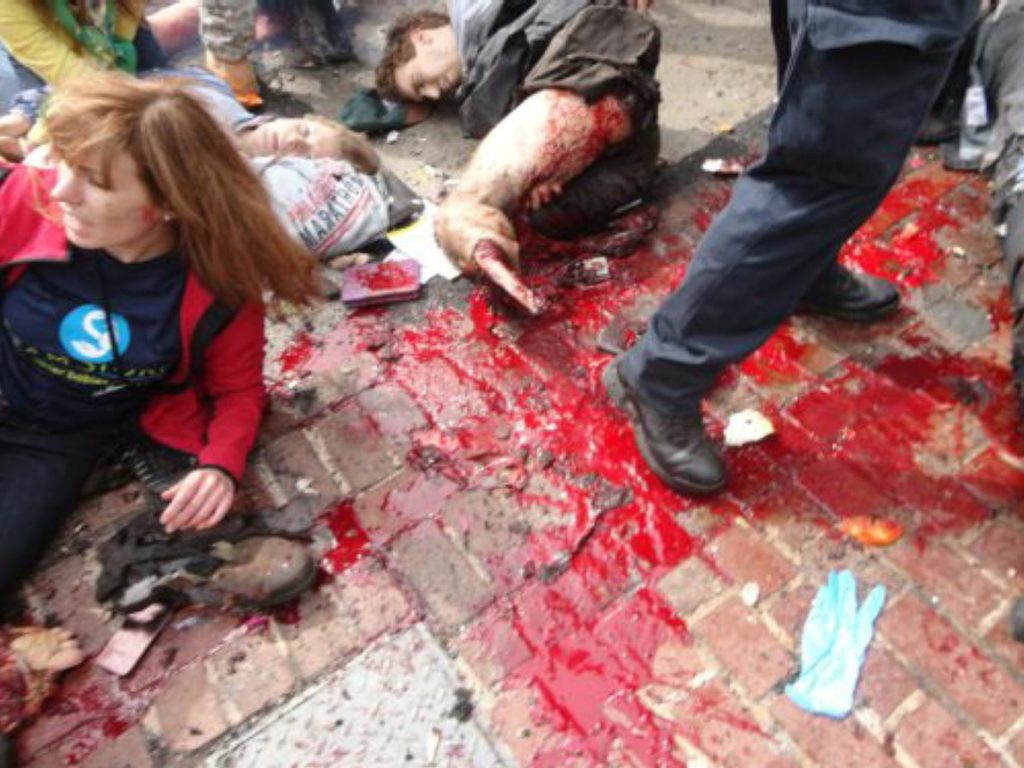 The mainstream media story of the Boston Marathon bombing is of Chechen terrorists who unleashed weapons of mass destruction, killing four and wounding 264 in an unthinkable scene of “bodies flying into the street”, “so many people without legs” and “blood everywhere.”
For the vast majority of the American population, this is the truth and they feel no need to look further. Yet those who are willing to question the narrative we’ve been sold and take a hard look behind the curtain may be in for a surprise.  END_OF_DOCUMENT_TOKEN_TO_BE_REPLACED