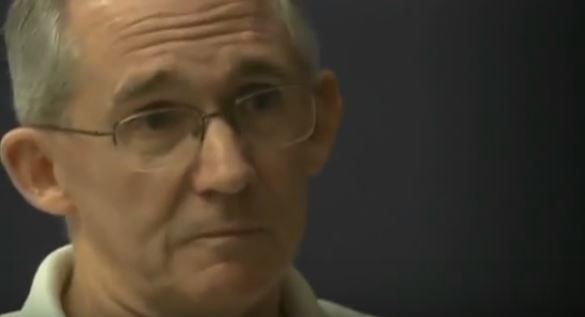 Bob McIlvaine and his family are not alone in having suffered a devastating personal loss on September 11, 2001. The loved ones of the nearly 3,000 victims of the destruction at the World Trade Center know what he has endured for the past 15 years.
But McIlvaine is different from most of these families in important ways. In addition to his unwavering and often lonely fight to expose the complicity of the U.S. government in this false flag attack, he has strong forensic evidence that his 26-year-old son, Bobby, was killed by a powerful explosion as he was about to enter the lobby of the North Tower. That evidence is corroborated by the accounts of many FDNY members, police officers, and workers who reported explosions in the lower parts of the towers before the buildings were destroyed—some of them even before the first airplane struck.
In a recent interview, McIlvaine said his son’s body was one of the first to be recovered and taken to the New York City morgue on that day. He explained that he has been able to reach more definitive conclusions about the details of his son’s death only since conferring with the doctor who had examined his body at the morgue.
The meeting, which McIlvaine recalls happening in 2006 or 2007, provided evidence that a huge explosion — and not the North Tower’s eventual demise — was responsible for killing his son. According to McIlvaine, the wounds described by the doctor indicated that his son had been hit by flying glass from some kind of massive blast. Bobby’s face was damaged beyond recognition, he had lacerations all over his chest from flying glass, and he had post-mortem burns. In fact, the blast was strong enough to literally blow Bobby out of his laced shoes (they were not on the body when it was brought to the morgue).
“My final summation is that he was walking into the building, and before he got into the building there was a huge explosion, and of course the force of it just threw him back into the open area,” McIlvaine says. “That’s why he was picked up so quickly, because the EMTs came down there so quickly. Someone had gotten him out of there and to the morgue before the towers came down.”
It is the nature of Bobby’s injuries that convinces the elder McIlvaine that the explosion had nothing to do with the airplane hitting the tower. That conclusion is at odds with the explanation put forth by the 9/11 Commission, which attributed explosions in the Twin Towers’ lower floors and basements to fireballs of exploding jet fuel coming down the elevator shafts and blowing out.
“He wasn’t hit by a fireball, he was hit by a detonation,” McIlvaine contends. “In a detonation, the blast is first and then followed by the heat.”
He points out that the official account credits the supposed fireball with blowing out floors in different parts of the building — leaving many untouched floors in between the damaged ones.
“It blew out the 72nd floor, it blew out the 23rd floor, it blew out the lobby, it blew out all sorts of floors in the basement, and it even destroyed parts of the PATH [rail] station more than 200 feet away. For one fireball to do all that — well, that’s one powerful fireball.”
This becomes even more impossible, he argues, when you consider that the tower was divided into three vertical sections. Each elevator (except for the basement-to-penthouse maintenance elevator) serviced only one section. Thus, someone travelling from top to bottom would have had to take three different elevators. This configuration would have prevented fuel from pouring down elevator shafts and causing the destruction.
“It’s impossible for a fireball to come down that far and create that kind of damage.”
What made the horror of September 11 even worse for the McIlvaine family initially was that they had no information about their son and didn’t know if he was alive or dead. Adding to their uncertainty was that he didn’t actually work in the towers; instead, he worked for Merrill Lynch in an office building across the street from the World Trade Center. So McIlvaine thinks it’s possible that his son was either on his way to a Merrill Lynch seminar that was being held on the 106th floor of the North Tower or was cutting through to get to his own office.
A Canadian who worked for Merrill Lynch in 2001 and who was at the World Trade Center that day contacted McIlvaine two years ago. The man explained that he was heading to the same conference on the 106th floor about the same time that Bobby would have been approaching the building. But he had stopped for a coffee on the way — a decision that he thinks might have saved his life. While ordering his coffee, he heard a massive explosion in the North Tower lobby.
McIlvaine says he doesn’t tell his son’s story that often anymore because most people just don’t want to hear it. Even the 9/11 families don’t want anything to do with the idea that the event was, as he claims, perpetrated by their own government.
“People look at the United States as a father figure, and they just can’t believe their father could do something that evil.”