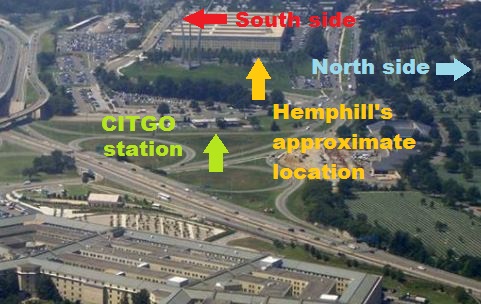 David Chandler’s latest unwarranted assault on CIT illustrates this scenario and process. The article, called “Why the CIT Analysis of the Pentagon Event on 9/11 Should Be Rejected END_OF_DOCUMENT_TOKEN_TO_BE_REPLACED

It has been more than 16 years since 9/11, and no issue has done more to slow progress and inhibit unity in the fight to spread the truth than the Pentagon. Some think this is a reason to run from it. A few have written papers assuring us that the government’s impact scenario is essentially correct. While others have remained true to the conviction that there is one statement that best describes both the evidence and the position of the vast majority of truth activists:
“No 757 hit the Pentagon on 9/11.”
We generally agree, and yet we have appeared divided for all END_OF_DOCUMENT_TOKEN_TO_BE_REPLACED

At the Pentagon on 9/11, the plane did not fit the hole, there was no wreckage of a large plane outside the hole, and the lawn that should have been dug up by the engines was pristine. How stupid do they think we are?
My view of what happened at the Pentagon on 9/11 is influenced by my background in aerospace and the fact that I used to work in the very part of the building that was destroyed. Fortunately for me, I was no longer working there on END_OF_DOCUMENT_TOKEN_TO_BE_REPLACED