It is just one story of thousands from that day. But for Drew DePalma, it’s the one that forced him to grow up very quickly.
On the morning of September 11, 2001, the then-17-year-old lost his mother in the destruction of the World Trade Center’s North Tower. Jean C. DePalma was one of 295 employees of Marsh & McLennan Companies who were among those killed in the event that would be used to launch the so-called “War on Terror,” which continues to this day.
Now, shortly after his 34th birthday, the events of 9/11 may change Drew DePalma’s life again, but this time in a very different — and END_OF_DOCUMENT_TOKEN_TO_BE_REPLACED

Richard Gage will be appearing in Montreal on Wednesday night, March 26 at McGill University’s Leacock Building, room 132, at 7:30 p.m. Tickets are $15 in advance online and $20 at the door. Gage’s cross-Canada tour winds up April 1 in Newfoundland. For more details about the tour, check out rethink911.ca
By Craig McKee
The old adage that there is no such thing as bad publicity gets a real test when it comes to 9/11 Truth.
Richard Gage of Architects and Engineers for 9/11 Truth, who is currently on a cross-Canada tour, got a major dose of media ignorance and contempt during his visit to Toronto last week. Local hatchet man and supposed intellectual Michael Coren, host of the Sun News show The Arena, dropped by the Gage event long enough to spread some ridicule and truly nasty condescension with the help of some creative editing that often cut his subjects off in mid-sentence. He interviewed several who attended the event and then proceeded to show us “the worst of the worst.” But what he called the worst was really just people offering an assortment of thoughts on who might really have been behind the crimes of 9/11.
END_OF_DOCUMENT_TOKEN_TO_BE_REPLACED

By Craig McKee
Is the glass somewhat empty or partly full?
With the 9/11 Truth movement, it can be hard to tell at times.
Sometimes the outlook can seem bleak as the mainstream media continues to freeze out all perspectives that don’t fit the official narrative while corrupt courts smother the truth before it can ever … not be reported.
The frustration is such that truthers can’t be faulted for wondering whether it’s all worth it. It’s understandable that doubts exist about whether the many cracks in the official lie will ever widen to the point that the whole thing falls to pieces. It’s a choice that people have to make for END_OF_DOCUMENT_TOKEN_TO_BE_REPLACED 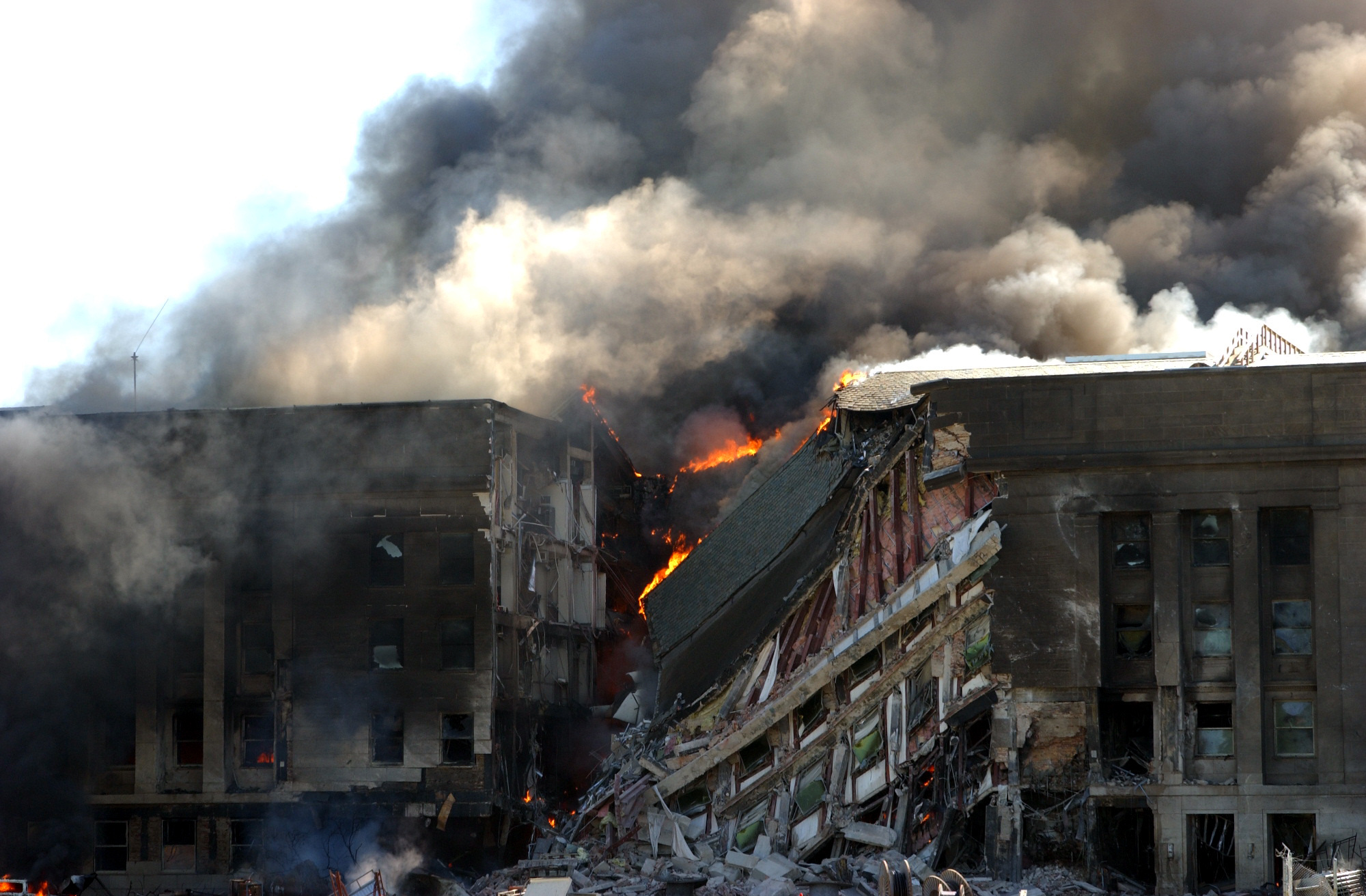 By Craig McKee
Richard Gage admits that his pronouncements on the Pentagon research of Citizen Investigation Team have done more harm than good.
Since he first waded into the debate two-and-a-half years ago, the founder of Architects and Engineers for 9/11 Truth has taken plenty of heat from people on all sides of the question of whether a 757 hit the Pentagon on the morning of Sept. 11, 2001. Gage now feels he should never have gotten involved – and most people agree with him.
“Entering into and rendering a recommendation and then withdrawing that recommendation ended up really stirring the pot END_OF_DOCUMENT_TOKEN_TO_BE_REPLACED

It’s the damndest thing.  Two media watchdogs from opposite sides of the fence are attacking Fox News, my most hated news organization, and I’m on Fox’s side.
To a point.
The liberal “media watchdog” Media Matters for America has attacked Fox News host Geraldo Rivera and Judge Andrew Napolitano for considering the possibility that we haven’t been told the whole story about how World Trade Center Building 7 collapsed on Sept. 11, 2001 (http://mediamatters.org/blog/201011290030). A similar attack has come from Newsbusters, a conservative “media watchdog.”
The idea that the government has lied to the world about 9/11 has always been ridiculed at Fox – and Rivera was one of those doing the ridiculing. But the campaign called Building What? (which ran TV ads in November questioning the official explanation about Building 7) has made an impression. Besides being seen by millions of New Yorkers, the campaign has persuaded Rivera to rethink his long-held belief that Truthers were a END_OF_DOCUMENT_TOKEN_TO_BE_REPLACED