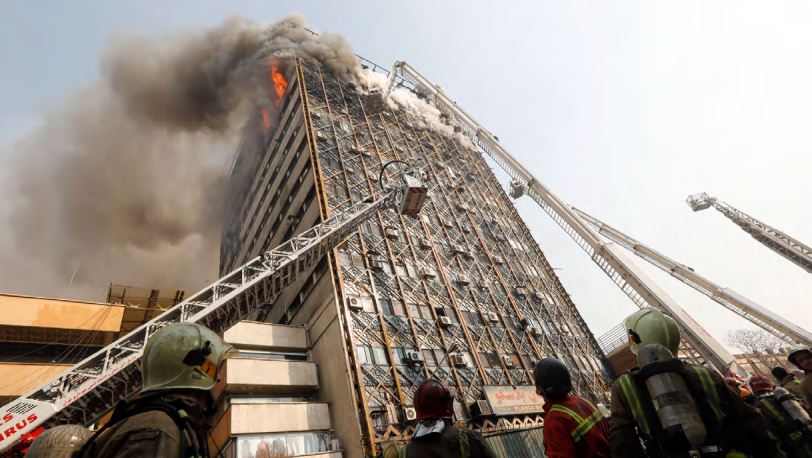 On January 19, 2018, the one-year anniversary of the Plasco Building collapse in Iran, the website Gizmodo published an article by structural engineer Alex Weinberg titled “Why 9/11 Truthers Are Obsessed with the Plasco High-Rise Fire in Tehran.”
The focus of Weinberg’s article was the response of Architects & Engineers for 9/11 Truth (AE911Truth) — the organization I work for — to the destruction of Tehran’s first-ever, iconic high-rise. At around 8 a.m. that day, the upper floors caught fire and burned for a little over three hours before a series of explosions END_OF_DOCUMENT_TOKEN_TO_BE_REPLACED

It is just one story of thousands from that day. But for Drew DePalma, it’s the one that forced him to grow up very quickly.
On the morning of September 11, 2001, the then-17-year-old lost his mother in the destruction of the World Trade Center’s North Tower. Jean C. DePalma was one of 295 employees of Marsh & McLennan Companies who were among those killed in the event that would be used to launch the so-called “War on Terror,” which continues to this day.
Now, shortly after his 34th birthday, the events of 9/11 may change Drew DePalma’s life again, but this time in a very different — and END_OF_DOCUMENT_TOKEN_TO_BE_REPLACED