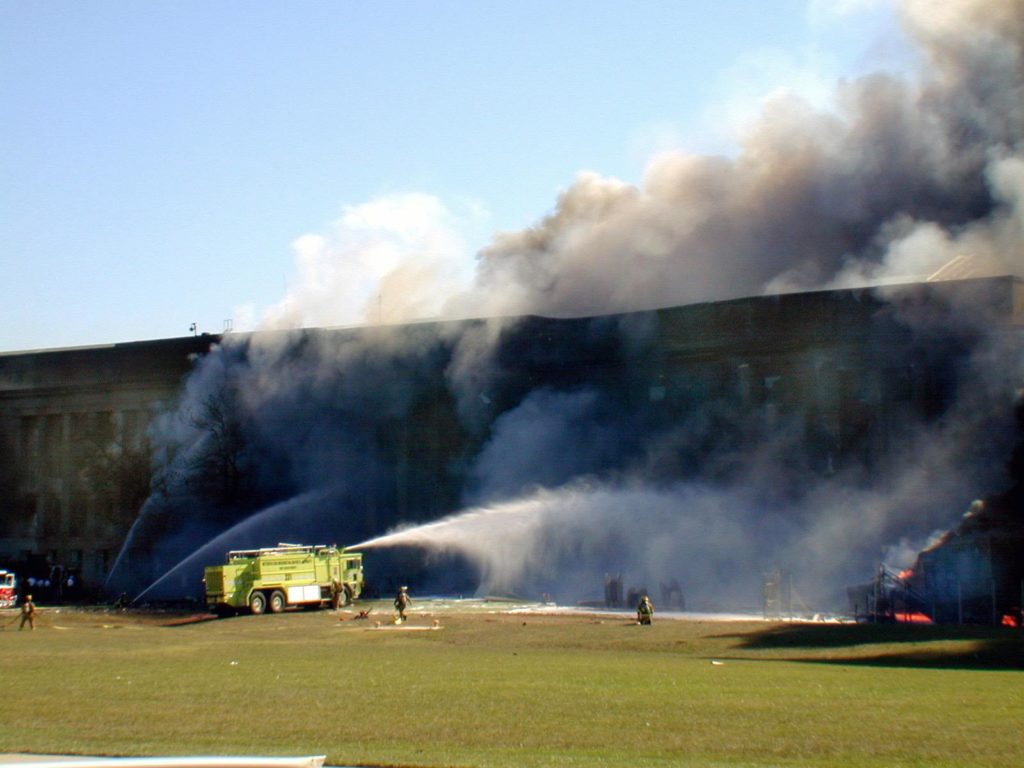 CIT contends that the flight path reported by witnesses is inconsistent with the plane knocking over the five light poles that allegedly fell that day. They also believe the actual flight path would not fit with the plane hitting the building at all and that explosives had to have been planted inside END_OF_DOCUMENT_TOKEN_TO_BE_REPLACED

Mr. Gage, you’ve lost me.
In the past week, highly respected 9/11 researcher Richard Gage – founder of Architects & Engineers for 9/11 Truth, released a statement (http://911truthnews.com/richard-gage-completely-withdraws-support-from-cit/) withdrawing his support for Citizen Investigation Team, which champions the idea that an airliner flew over, not into, the Pentagon on 9/11.
Gage doesn’t like the investigative methods of CIT’s Craig Ranke and Aldo Marquis. He says that even though he initially supported CIT’s film National Security Alert, he has come to rethink its approach and its conclusions. Now, he seems to prefer the Bush administration version of the Pentagon story – that is to say the official story.
Unfortunately, Gage has jumped in with a group of people who frequently post at the now very exclusive 911Blogger.com, a site that has little tolerance for people who END_OF_DOCUMENT_TOKEN_TO_BE_REPLACED

Sometimes it seems like it takes more energy to understand the 9/11 Truth movement than it does to understand 9/11.
While you often see contentious and aggressive debates on line between truthers and those who support the official story, you’re just as likely to get such exchanges between two people who claim to believe 9/11 was an inside job.
Understandably, science is often touted by truthers and official-story-believers alike as being essential to evaluating 9/11 evidence. And this makes perfect sense. Why should we accept someone’s gut feeling when we can quantify something?
Looking at melting points, collapse times, and jet fighter velocities are what’s going to dazzle the millions of regular people who are just waiting to hear the latest 9/11 research. Right? We wouldn’t want to say anything that can’t be verified scientifically, END_OF_DOCUMENT_TOKEN_TO_BE_REPLACED

A lot of people think they know what’s good for the 9/11 Truth movement. Many of the same people think they also know what’s bad for it. And virtually everyone claims they really want to find the truth about what happened on Sept. 11, 2001.
But how many of them really do?
If you depend on the web site 911Blogger.com – the supposed gold standard of 9/11 sites – you’d think that the greatest obstacle to finding the truth is two guys from California named Craig Ranke and Aldo Marquis. Under the name Citizen Investigation Team, they’ve spent several years analyzing what happened at the Pentagon on 9/11.
As the result of their research, Ranke and Marquis believe that a commercial airliner did approach the Pentagon shortly after 9:30 a.m. on Sept. 11 but on a different flight path than the official story contends. They have conducted video END_OF_DOCUMENT_TOKEN_TO_BE_REPLACED