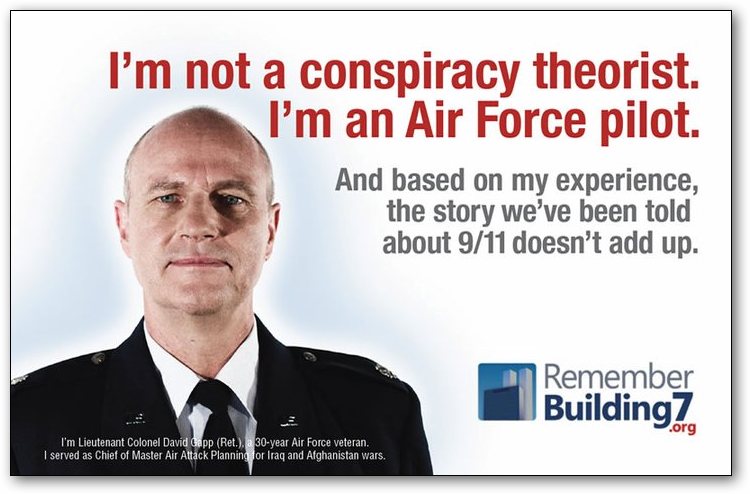 By Craig McKee
Jonathan Kay lives in a truly wonderful world.
In this world, journalists are just dying to break any story that would show that 9/11 is an inside job. And any who did would surely be rewarded with wealth, fame, and maybe a Pulitzer Prize.
Too bad for them there isn’t a shred of evidence for this ridiculous “conspiracy theory.” If there were, we’d have hundreds of ambitious scribes fighting and scratching to find out who could get that April Gallop interview first. Somebody heard bombs going off in the towers before the planes hit? 60 Minutes would have been there. A big plane got sucked into an impossibly tiny hole at the Pentagon? The Times wouldn’t have missed that one.
And if there were any evidence at all that 9/11 was an inside job, poor David Ray Griffin would have to beat the network anchor people off with a stick. There are only so many hours in the day!
Kay, the author of the anti-Truth movement hit-piece Among the Truthers, believes in a world where freedom reigns, journalists are encouraged to write whatever they want, and the common person knows as much about what major world events are coming down the pike as the bumbling political elite does.
In Kay’s world, secrets are virtually impossible to keep. As soon as more than one person knows about something, the cat’s as good as out of the bag. It kind of makes you wonder why governments ever bother with covert operations. After all, they can’t stay covert for long with all those chatterbox CIA agents just bursting to run to a receptive media with all the secrets of state.
Does Kay really believe this rubbish? You be the judge. You can read his book (please borrow a copy; we don’t want to encourage him any more than necessary) or read the interview I did with him last week.
Here are some of the things Kay has to believe for his official “theory” to be true:

Okay, that’s enough. But believe me, I could go on.
In Kay’s world, David Rockefeller and his friends from the ultra-secretive Bilderberg Group are bumbling old men who haven’t got a clue what’s going on in the world. They didn’t see many major events – such as the Iraq War – coming. In fact, the rest of us are more on the ball than these old has-beens are, Kay suggests.
Doesn’t that make you feel a lot better about the whole New World Order thing? How could a bunch of rich old guys think they could pull strings behind the scenes? Did you know Rockefeller is over 90?
In Kay’s world, journalists can find evidence unpersuasive without even looking at it. They’re allowed to get tired of Kennedy assassination evidence because the event happened almost 50 years ago. So what if E. Howard Hunt admitted (on tape) that the CIA killed Kennedy, and that he was a part of the plot?
Sorry, the journalistic statute of limitations for giving a damn has long since run out; we have new conspiracies to ignore now.
The fact that Hunt devoted his career to fighting commies and trying to get rid of Fidel Castro doesn’t make his about-face even worth considering. Kay compares Hunt’s confession to a fictitious deathbed confession from Oswald’s “long lost stepmom.” Gee, I haven’t heard that tape.
What I can’t figure out is whether Kay is that clued-out or that disingenuous.
Either way, he dismisses those he disagrees with sweeping generalizations and condescending psychological profiling. Facts are absent as is any concept of how the world works.
Unfortunately, it’s his book that gets reviewed by his mainstream journalistic buddies. The quality work of David Ray Griffin, Barrie Zwicker, Paul Zarembka and numerous other truthers don’t get a look.