These symbolic twin girders with tridents on top come from one of the World Trade Center towers.

By Craig McKee
The 9/11 official story is rooted in deception, distortion, and misdirection. Now all of its lies have been dressed up and put on display in an expensive federally funded monument for paying customers.
The National September 11 Memorial and Museum, slated to open May 21 (the outdoor memorial has been open since 2011), is more of a walk-in indoctrination center than a tribute to the victims of 9/11. It’s a piece of propaganda made of glass and steel that plays on emotions and on the sincere desire of people to honor those who sacrificed their lives in this false flag event.
The Memorial and Museum’s web site not only reiterates all the same lies, but it even explains a framework that educators will be using to indoctrinate children so they can grow up to be believers in the war on terror and the need for more wars and greater and greater security and surveillance. Even as the mainstream media turn their attention to misrepresenting other events, the museum and accompanying “lesson plans” for school children will continue to do their work.
On the site, we learn that: “The National September 11 Memorial & Museum has partnered with the New York City Department of Education and the New Jersey Commission on Holocaust Education to develop a robust set of 9/11 lessons for K-12 classrooms.”
The New Jersey Commission on Holocaust Education (created by the State of New Jersey) is involved in creating lessons that teach children that Muslims are the bad guys and that they attacked America? Oh wait, I forgot – they are making it clear that it’s not all Muslims, just the “extreme” ones. These lessons are directed at all age groups, and the content will be used within a wide array of subjects and courses.
Through its exhibits, the museum purports to tell the story of what happened on September 11, 2001 – that 19 Muslim extremists led by Osama bin Laden killed nearly 3,000 people by hijacking four airliners and crashing them into the World Trade Center, the Pentagon, and a field in Pennsylvania. We will even be shown photographs of the 19 alleged hijackers” (although I guarantee they won’t use the word “alleged”), which will be interesting since several of those turned out to be alive after 9/11, and no proof has been presented that establishes that any of the 19 ever boarded any of the planes.

Architects and Engineers for 9/11 Truth has produced brochures in the same style as the official ones that teams of volunteers will pass out to visitors to the museum, which it calls “an elaborate, taxpayer-funded, public relations campaign to forever cement the fantastic claims of the official conspiracy theory into the history books.”
I wish I’d written that.
In a fundraising email, AE describes what it wants to do in response to this PR campaign: “This historical revisionism needs to be countered with an all-out effort of the truth of 9/11. By printing thousands of educational flyers and distributing them via teams of AE911Truth volunteers at the memorial grounds entry, we can inform the public as to why the 9/11 Memorial Museum is largely a fraud.”
AE head Richard Gage will also be speaking as part of a multimedia presentation on May 24 at 4 p.m. and the Community Church of New York.
Muslim Americans have been the victims of increased bigotry and hate since they were tagged as the perpetrators of 9/11 more than 12-and-a-half years ago. Now, Muslim- and Arab-American groups fear this will happen all over again as a result of a seven-minute video called “The Rise of al-Qaeda” that will be shown as one of the exhibits.
The film, they charge, perpetuates the myth that Muslims were responsible for 9/11, using terms like “Islamists” and “jihad” in the presentation.  They say it fails to offer any nuance that would help people to understand that blaming Muslims in general for what happened is unjust and inaccurate. Based on the protest in New York in 2010 over the plan to open a Muslim cultural center two blocks from Ground Zero, their concerns appear justified.
“The Rise of al-Qaeda” is even being protested by the Memorial’s own Interfaith Advisory Committee, which reacted with alarm when it was allowed to watch the short film last year. The committee’s only Imam resigned in protest in March. As quoted in the New York Times,  Sheikh Mostafa Elazabawy, the imam of Masjid Manhattan, wrote in a letter to the museum’s director: “Unsophisticated visitors who do not understand the difference between Al Qaeda and Muslims may come away with a prejudiced view of Islam, leading to antagonism and even confrontation toward Muslim believers near the site.”
The museum responded with some unintentional self-parody when they stated that they are standing by the film because it has been vetted by scholars of Islam and terrorism. What a relief to hear that scholars of the very lies that 9/11 represents are on the job, making sure the film sends the “proper” message.
A coalition of groups, including the American-Arab Anti-Discrimination Committee (ADC), wants changes to the video so that it is made clear that the extremist Muslims who it agrees carried out 9/11 are not portrayed as being representative of the more than 1.6 billion Muslims around the world.
In a letter to museum president Joe Daniels and director Alice Greenwald, the coalition raised concerns about the video, which neither they nor the media have not been allowed to see. The letter states:
“We have learned that you have been aware, since at least June 2013, that viewers have found this video confusing and possibly inflammatory. The museum’s own interfaith religious advisory group has repeatedly asked that this video be edited, with their concerns being dismissed.”
According to their testimony, the video: 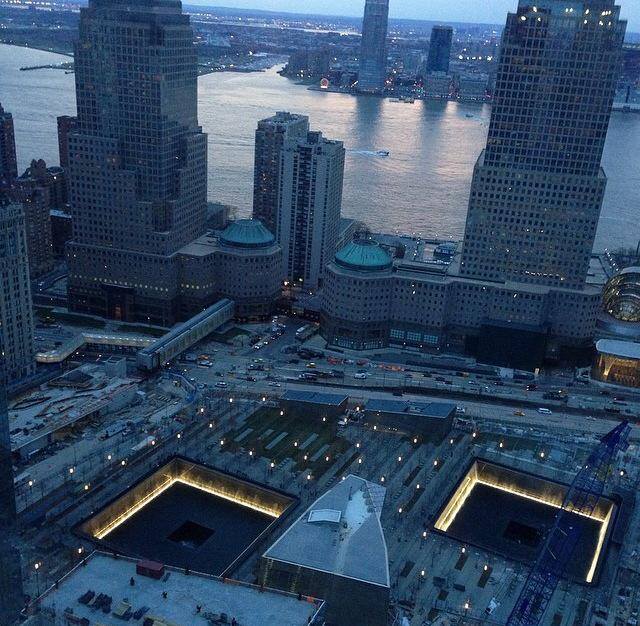 that the film contains. But I’m concerned about the fact that the big lie – that any kind of Muslims pulled off 9/11 – is being accepted by these groups. I think they concede too much when they accept the premise that an extremist Muslim group called al-Qaeda was actually behind the alleged terrorist attacks when the evidence shows that this is just a smokescreen to disguise the real culprits and to hide their real motives.
The truth of the matter is that Muslims were not responsible for 9/11 – period. The evidence simply isn’t there to show otherwise. By putting the focus on the idea that Muslims as a whole are not violent and that al-Qaeda is not representative of what Islam is all about just falls into the trap set by the actual perpetrators.
Of course, that’s easy for me to say: I’m not a Muslim and I have not been victimized in the way that they have since 9/11. For them to argue that the official story is false would be very tricky and would certainly result in more hostility coming their way. And, of course, they may genuinely believe the official story. After all, Muslim Americans are subject to the same disinformation and propaganda that everyone else is.
The real purpose of the museum
A tour around the web site of the Memorial and Museum offers a good summary of the language of the 9/11 official story and its accompanying talking points. On the page “9/11 FAQ,” we get all the key elements of the story fed to us by the 9/11 Commission, NIST, and other official agencies. But they get the year of the London bombings wrong (it was 2005, not 2007), they offer the lie that al-Qaeda took responsibility for several terrorist attacks including 9/11 (the “confession” video features an Osama bin Laden “double” and contains serious inconsistencies), and they offer these details about al-Qaeda:
“Their aim has been to overthrow governments in the Middle East, and elsewhere in the Muslim world, which do not strictly enforce a religiously-sanctioned political and social order. Attacks against the United States were intended to reduce American support for many of these governments; US support was viewed by al-Qaeda as a major obstacle to creating a global order under Islamic authority.”
It turns out that it’s not that they hate us for our freedoms, it’s that they’re planning a New World Muslim Order!
The Memorial and Museum’s announced mission is to honor the victims and to “educate” future generations. It will not succeed in doing either, however. In fact, by perpetuating the 9/11 lie, it does exactly the opposite. The only way to meaningfully honor the victims is by telling the truth about what happened. And no one in officialdom is willing to do that more than a dozen years after the fact.
The memorial’s web site is full of “information” about the artifacts contained within its walls (actual twin WTC girders, an exposed portion of the “slurry wall” that keeps the site from being flooded, an actual staircase that was used to escape one of the towers). But the most disturbing thing the site addresses is the museum’s effort to direct its propaganda at children who have no choice in the matter. I wonder what kind of mark a student will get if they write an essay questioning whether the official story is true?
On the surface, the site has some useful and positive things to suggest: including pointing out how destructive it can be to “compare the suffering of one person to another” or to “assign blame to an entire group.”
Sounds good, but what IS suggested it that parents and educators focus on the heroic efforts of both victims and rescuers on 9/11, because 9/11 is “actually thousands of individual stories.” That’s true: everyone who was in New York, and particularly those who had a connection to the World Trade Center site in some way experienced the event in their own way. Some were true heroes, risking and even giving their lives to help others. Some were just in the wrong place at the wrong time and paid with their lives.
But there is a bigger picture. And they don’t want you to look at that. They want you to stick to the emotion of the event, the stories, the courage, and the loss. Don’t look at whether the official explanation of the event fits with the evidence. Don’t “disrespect the victims” by questioning anything you’ve been told.
By the way, victims’ family members and recovery workers don’t have to pay the $24 adult entrance fee to the museum, while firefighters, the group that has paid a more terrible price than just about any other, gets a discount. That’s right, a discount.