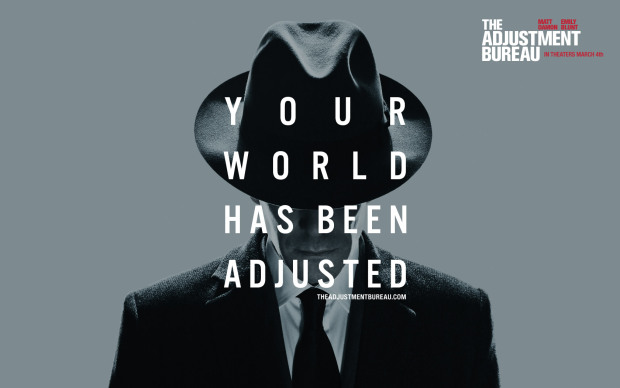 They are partners in propaganda, collaborators in control.
The mainstream news media and Hollywood movie studios are cogs in a powerful machine that conditions us to accept a world view favourable to the global corporate elite.
Most of us are not even aware we’re being conditioned; we don’t see how we’re being manipulated. That’s why it works so well.
The media contribute to the deception by how they cover the news or don’t cover it – in other words, which subjects they ignore and which questions they avoid asking.
Most of us think the media have the job of keeping the powers that be in check, and exposing their mistakes and excesses. But in reality, the media are the propaganda arm of the power structure, and they exist to support and reinforce perceptions that favour the elites.
This can easily be seen in how they cover 9/11 and the supposed “war on terror.” The mainstream media might dabble at times in doubts about how the war is being waged, but they won’t expose the fact that it is a complete Orwellian fraud designed to keep us distracted and frightened while the elites go about their business of raping our planet and enslaving its inhabitants.
And 9/11 is broken down by the media into heroism, government “mistakes,” and endless debates about whether Muslims did it or just fundamentalist Muslims.
Any other possibility – like 9/11 being a false-flag operation used by the elites to tighten their grip on us – is ignored or ridiculed with dismissive condescension and quips about the psychology of “conspiracy theorists.”
When I say that the media are not interested in exposing the real truth, that they’re more concerned with serving their corporate masters, I mean mainly– but not exclusively – the big players. And I don’t mean all journalist are “in on it.” I get this question from people who think that all it would take would be one reporter to spill the beans and the whole lie would fall apart. If only it were so easy.
But those looking for career advancement on CNN, Fox, or any other major network or newspaper know which perspective will serve them and which won’t. Self-censorship can be more pervasive and more insidious than the forced kind.
So how does Hollywood fit into this? Its effect can be even more subtle in shaping our attitudes towards events in the world around us.
There are two main ways this happens with Hollywood films: one is when a film directly conditions us to accept the world view the elites want us to have. Sometimes this can seem pretty obvious – with excessively pro-American or pro-military films like Independence Day or Top Gun, for example. Other times it’s much more subtle. In Enemy of the State, for example, we learn all about the evils of the surveillance society only to find out in the end that it was just a few “rogues” that were the problem. The system emerges unscathed.
Either way this disguised propaganda pushes us to accept the narrative created for us by the elite. This usually involves a simplistic “us” and “them” opposition. We’re offered a false choice – such as that between people who love freedom and people who “hate us for our freedoms.”
The second way films help shape our attitudes is through what is known as predictive programming. This is when films, television, or other entertainment vehicles introduce subjects before they appear in real life to prepare us to accept them when they do. I believe this was done with 9/11, and I’ll be writing a lot more about this in the weeks ahead.
This takes us even deeper down the rabbit hole. We are shown in a film something that seems to be exposing a hidden truth about our world. One of two things happens: 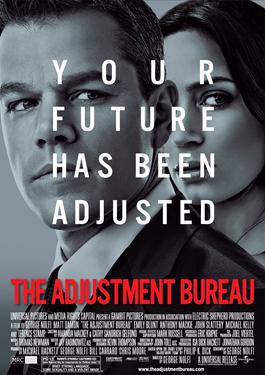 The X-Files went full speed for the first of these two. Every conspiracy conceivable was true. We were able to get all of that stuff out of our collective system so we could get back to ridiculing it in real life.
A great example of the second possibility is the Matt Damon thriller The Adjustment Bureau. In this film, a seemingly dark and sinister otherworldly “elite” literally runs the world by plotting out exactly how everyone’s life will unfold.
A mistake is made by the unseen guardians of humanity, and Damon’s character becomes aware of the behind-the-scenes control that he is being subjected to. He rebels because the plan for him won’t allow him to stay with the woman he has fallen in love with.
For most of the film, we cheer Damon’s individuality as he battles to escape this control. In the end (spoiler alert!!), the “chairman” is so darned impressed with Damon’s feistiness that he lets him have the girl.
He is told: “Freewill is a gift you’ll never know how to use until you fight for it. I think that’s the chairman’s plan. And one day we won’t write the plan, you will.”
This is a major red flag giving us an insight into the real deception, the real manipulation. Damon is told we need to be controlled because we’d blow ourselves up if left to our own devices. So, the benign master has to step in to “help.”
The other deception, of course, is that Damon finds out about the “men behind the curtain” and successfully overcomes their control. We love watching this in the movies, but we’d scoff at it in real life. Seeing this clever plot twist on reality seems to make us less likely to believe such oppressive control really exists. Ingenious.
And this is just one of dozens of films that work this subtle form of conditioning. Films that deal with the idea of an unseen controlling force include The Truman Show, Dark City, The Matrix, The Game, Vanilla Sky, The Devil’s Advocate, The Forgotten, Unknown, V for Vendetta, The Usual Suspects, Enemy of the State, They Live!, Eyes Wide Shut, The Manchurian Candidate, Three Days of the Condor, The Island, and many others.
These films give us a hint about how we’re being controlled, but ultimately they’re part of that control.