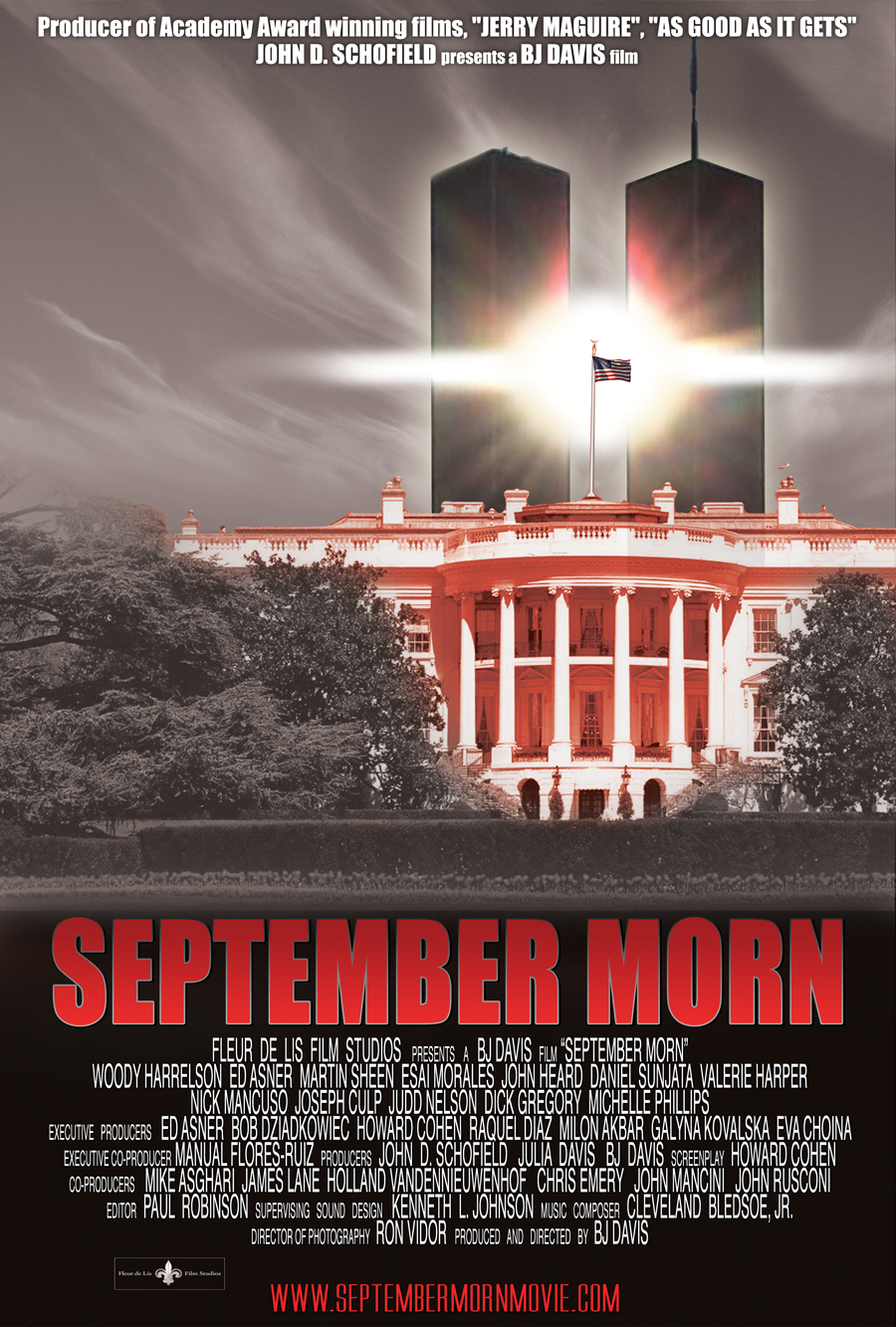 By Craig McKee
Just a month after it was announced to the world, the 9/11 feature film September Morn, based on a script from first-time screenwriter Howard Cohen, is dead.
At least in its current form.
The project fell apart over the past couple of weeks after Cohen’s partners in the production, Fleur de Lis Film Studios, announced on Oct. 16 that the film would go ahead with stars Woody Harrelson and Martin Sheen even though neither had formally committed themselves to the project (The announcement received considerable media attention, including an article in The Huffington Post).
In fact, a full cast was announced even though some actor END_OF_DOCUMENT_TOKEN_TO_BE_REPLACED